Dataro have been working with Royal Flying Doctors Service Victoria since 2020 to help them implement data-driven fundraising strategies that deliver more donations and better fundraising ROIs across appeals, recurring giving and major gifts.

As a not-for-profit aeromedical organisation, RFDS Vic rely on the generosity of their single, recurring and major donors to keep the Flying Doctor in the air and on the road. Investing in Dataro’s technology has improved their fundraising ROI and helped them consistently raise more in their appeals (from less outreach), convert and retain more recurring givers and increase major gift revenue by 15% year on year.

When Dataro first partnered with RFDS Vic in 2020 they were looking for ways to improve the efficiency of their data team in making direct mail appeal selections, while also delivering improved campaign metrics.

In this case, Dataro’s Direct Mail propensity model was implemented directly within the charity’s Blackbaud Raiser’s Edge NXT CRM. Using machine learning, Dataro’s software generated propensity scores for all of RFD Vic’s active cash donors, providing a prediction of how likely each donor would be to give if solicited.

Dataro’s direct mail appeal predictions were seamlessly integrated into the charity’s CRM against the donor record as a percentage and rank and updated weekly and used to make appeal selections.

With Dataro’s AI-powered donor predictions the charity has been able to engage the right donors, at the right time, in a way that brings them closer to the charity’s mission and results in greater net returns.

In their first appeal with Dataro (Tax 2020) the charity generated a +$35k increase in net appeal revenue, including a $9k reduction in mailing costs by removing donors least likely to give. The appeal generated 14 extra gifts over $500 and one major gift of $5,000 with an ROI on the Dataro investment of 113.8x.

Since 2020 the RFDS Vic team has reduced the data selection process for major appeals by over one day, saving time and resources. 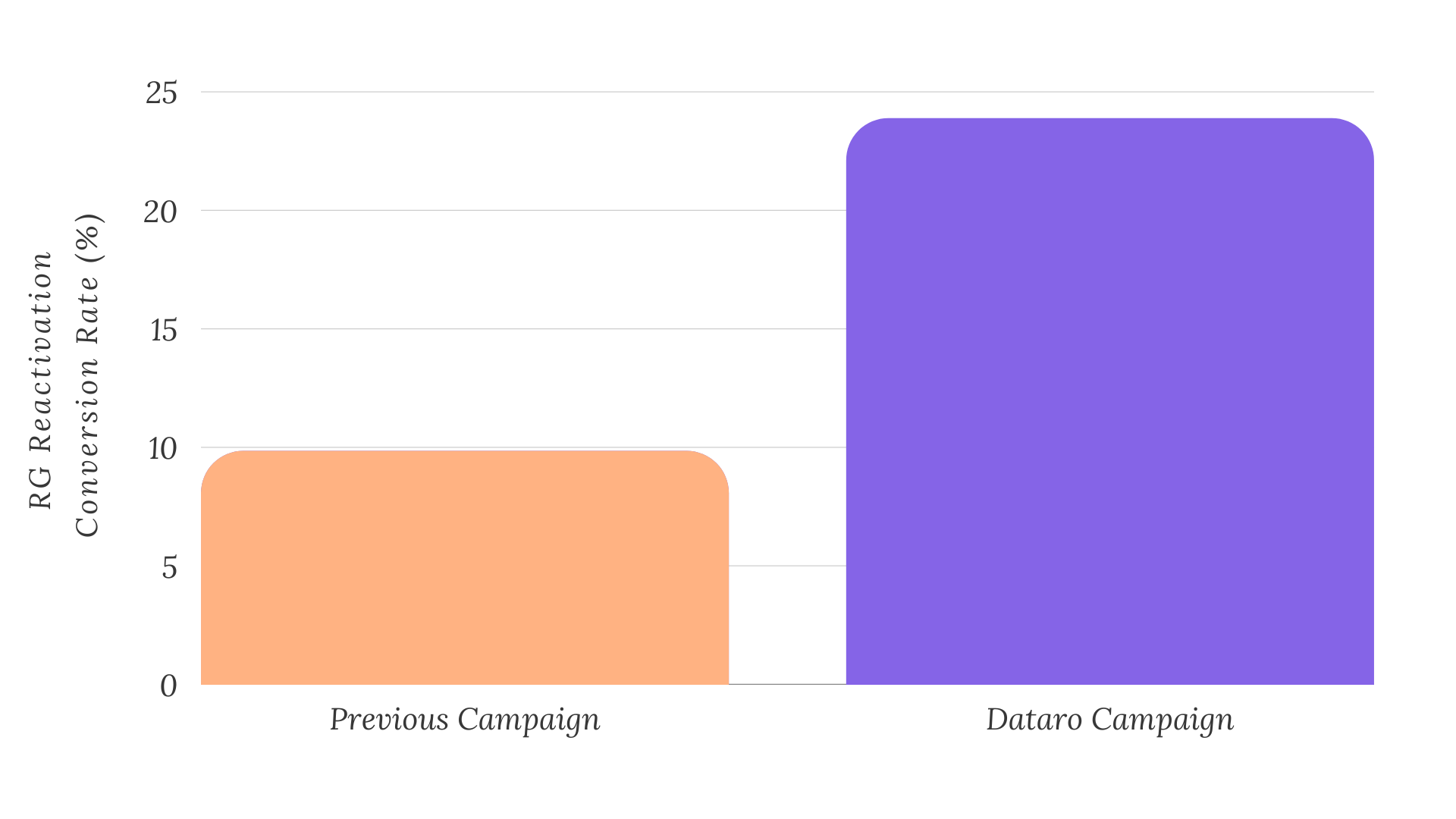 “We use Dataro’s rankings to better select regular givers who are most likely to upgrade their gift or reactivate their gift with us. We have also used the rankings to do thank you calling that has improved our donor care and seen our retention rates improve.” – Rylee Elfert (Fundraising Coordinator – Regular Giving Program)

In 2022 RFDS Vic has grown their major gift revenue by +15% year on year using Dataro’s Stewardship module to find more major donor prospects in their database, reconfirm existing major donor prospects and help them prioritise the top prospects for further research and stewardship. This has enabled time savings and ensured the efforts of the team are directed to the most likely prospects.

Investing in fundraising technology that is aligned with RFDS Vic’s long-term fundraising strategy has helped the charity to unlock the value of every donor in their database.

Nonprofits who invest now in solutions like Dataro will improve fundraising outcomes, improve team efficiency and ultimately increase their impact.

By investing in new data technologies like AI, nonprofits can:

Nonprofits are doing their mission a disservice by not using available fundraising technologies to improve their fundraising efficiency and effectiveness.

“Dataro’s software is extremely user friendly and they are a trusted adviser to our fundraising team. They make our lives as a data and fundraising team easier, saving time and delivering better campaign selections, faster than ever before. The results speak for themselves and this is why our team loves working with Dataro. We can’t imagine fundraising without Dataro now.”

Bat Conservation International is a US charity on a global mission to end bat extinctions worldwide. Based in Austin (Texas) they work with partner organizations around the world to help protect bat species and their ecosystems on a global scale and rely on their appeals program to fund