Dataro recently teamed up with a large humanitarian organisation to see how well we could predict attrition in a regular giving program. The results showed that machine learning methods can be used to predict attrition with a very high degree of accuracy, allowing charities to take proactive steps to engage with these important donors.

Regular giving programs are the engine rooms driving many important causes. But when it comes to combating regular giver attrition, many charities are still using reactive strategies like decline calling programs. The problem with this approach is that the donor has already missed a payment or cancelled a gift before the charity is able to act. If charities can predict in advance which donors are the most likely to churn, they can take action to engage with those donors proactively to keep the relationship strong.

Setting up the test

The first challenge was to determine how effectively Dataro could predict attrition. So we decided to conduct a historical analysis using the following methodology:

These results means the organisation could have a very high level of confidence that the donors with the highest scores were, in fact, the most likely to churn. A campaign directed towards these donors would therefore reach a high number of churners. 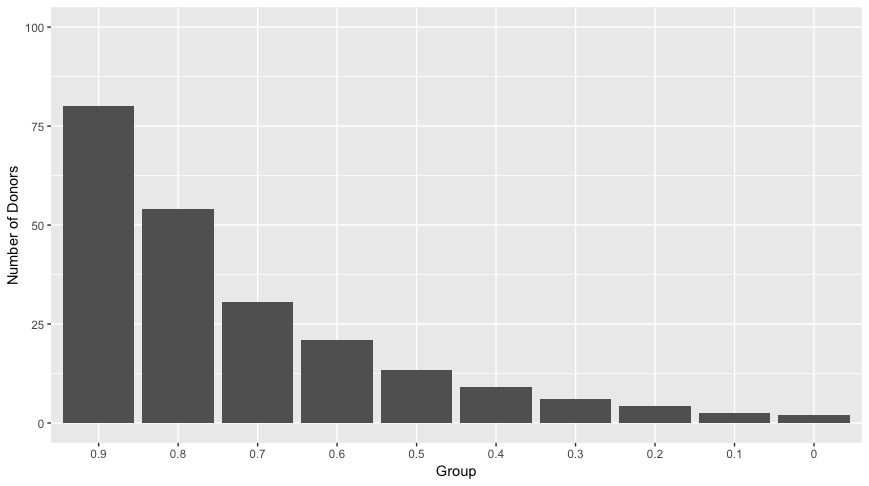 Without predictive modelling, a charity has no way of knowing which donors are the most likely to churn beyond some basic assumptions. For example, an organisation may be aware that  some donors, such as those acquired through face-to-face programs, tend to churn at a higher rate than others. But it has no way of knowing which of the donors will leave. And when it comes to loyal donors with more than 3 months tenure, understanding which are likely to leave becomes more challenging again.

The advantage of a predictive modelling approach is that charities have the option of testing different methods to improve retention by engaging with ‘at risk’ donors. This means they have the opportunity to address churn before it happens, rather than relying only on old reactive strategies.