Dataro recently joined forces with the team at Prostate Cancer UK to test how AI predictive modelling would perform against traditional list selection methods in an Autumn Appeal. The results showed that Dataro’s selections increased revenue by over £11,000 and attracted more than 440 new gifts that otherwise would have been missed, laying a solid foundation for future appeals.

Prostate Cancer United Kingdom is innovating in the way it uses data to select which supporters to contact with which campaigns. Traditionally, charities have used simple models or manual methods such as RFM (Recency, Frequency, Monetary value) analysis to create segments that group supporters together based on recent giving history.

Dataro’s software uses machine learning to analyse patterns of donor behaviour across all fundraising campaigns and understand each donor’s unique giving journey. Each donor is then given a ‘propensity score’ reflecting their probability of giving in an upcoming appeal. This process was conducted using Dataro’s integration with Blackbaud Raiser’s Edge CRM.

In this experiment, we compared the results from both approaches using the same methodology as with organisations such as Parkinson’s UK and Greenpeace:

The results were clear. Dataro’s machine learning list performed better than the classic list across all metrics. Critically, the results showed:

A key test of performance is net revenue. In this case, net revenue takes into account the costs of the campaign and the total amount raised. We could see that the net return from the blue segment was the highest, but that the extra donors selected by Dataro significantly outperformed the extra donors selected using the classic model. This resulted in an overall 3.6% increase in net returns. 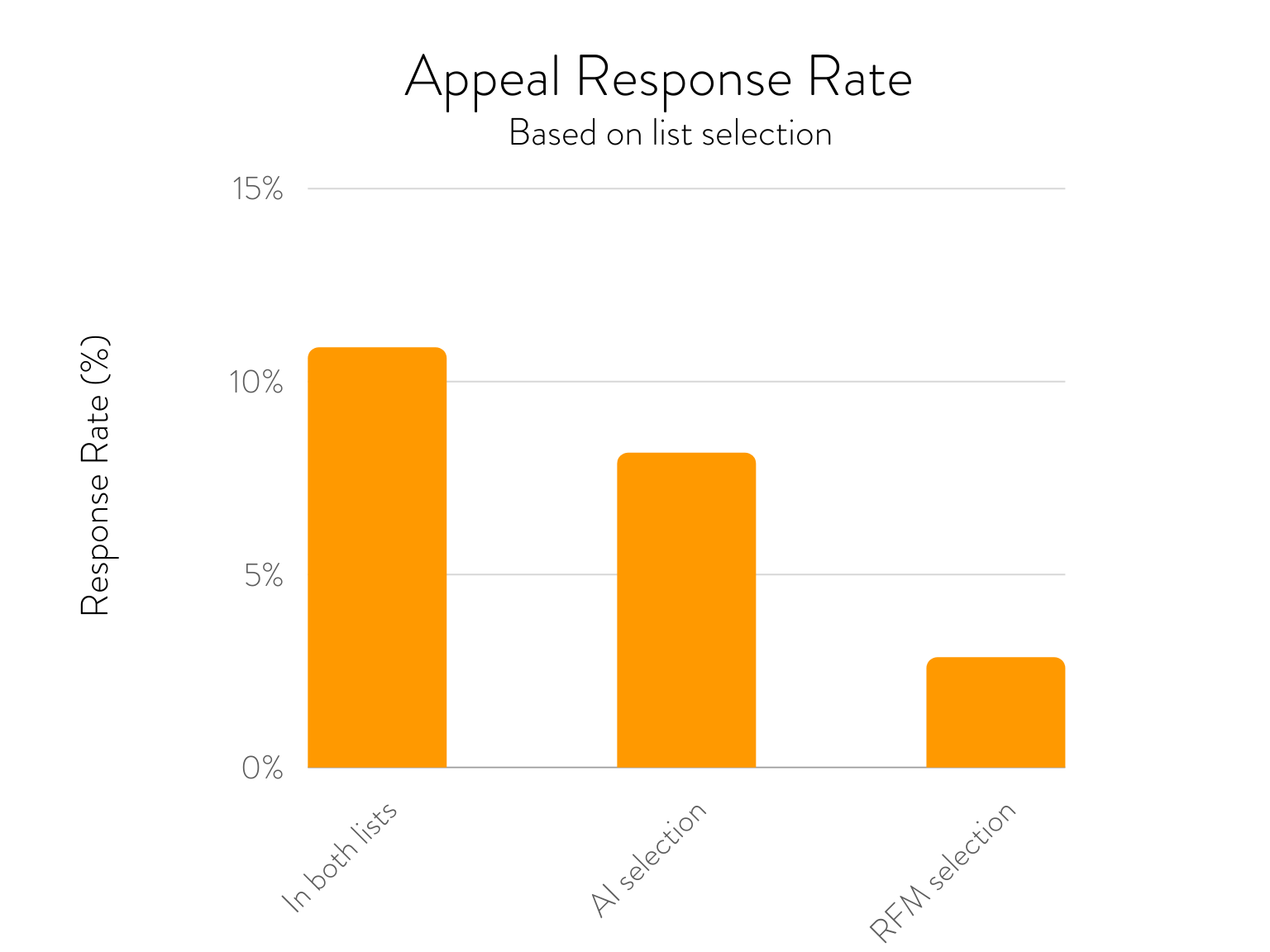 A final key indicator for the campaign is the ROI, which in this case takes into account the total mail cost and the return from the Dataro list vs the classic segmentation. The results showed an ROI of over 10 from the Dataro campaign compared to 8.7 from the normal selection, an increase of 14.8%. 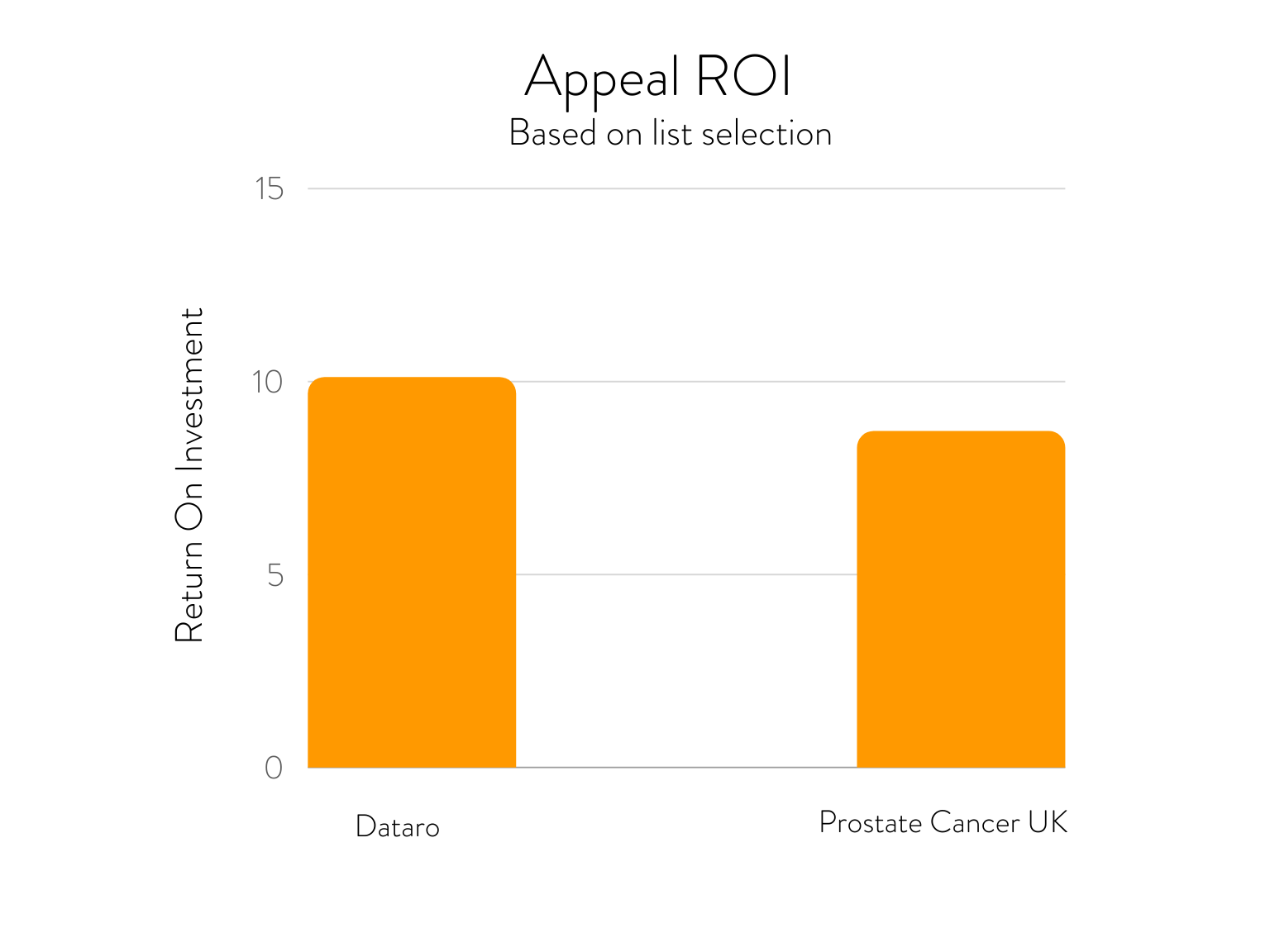 “One man dies every 45 minutes from prostate cancer; it’s now the most commonly diagnosed cancer in the UK, and the Coronavirus pandemic has made living with a diagnosis only harder. Working with Dataro has been great, and it’s work like this that will help Prostate Cancer UK reach its ultimate goal to saves men’s lives.””