Parkinson’s UK increased revenue in its September Appeal by over £15,000 using AI-driven supporter predictions. In a pivot from the charity’s existing propensity model, the research and support organisation introduced Dataro’s appeal predictions to attract 411 new gifts that otherwise would have been missed, raising critical funds for research into the most promising treatments.

Dataro has successfully helped dozens of organisations in Australia and New Zealand improve appeal returns using machine learning rather than classic RFM segmentation and other methods. The big question was, would this approach work in the UK as well?

The objectives behind the Parkinson’s UK test campaign were clear:

To answer these questions, Parkinson’s UK tested its own September Appeal selections alongside Dataro’s recommendations for the campaign. Parkinson’s UK used its existing propensity model to segment the database and finalise a list of supporters to receive the mail package. Meanwhile, Dataro, using machine learning to generate predictive scores for each supporter, recommended a significant reduction in campaign size while also introducing some extra supporters that otherwise would have missed out.

The results were clear. Using Dataro, Parkinson’s UK generated more revenue and increased the number of gifts while also identifying reductions in its list size – a win-win outcome to bring major breakthroughs in Parkinson’s research closer. 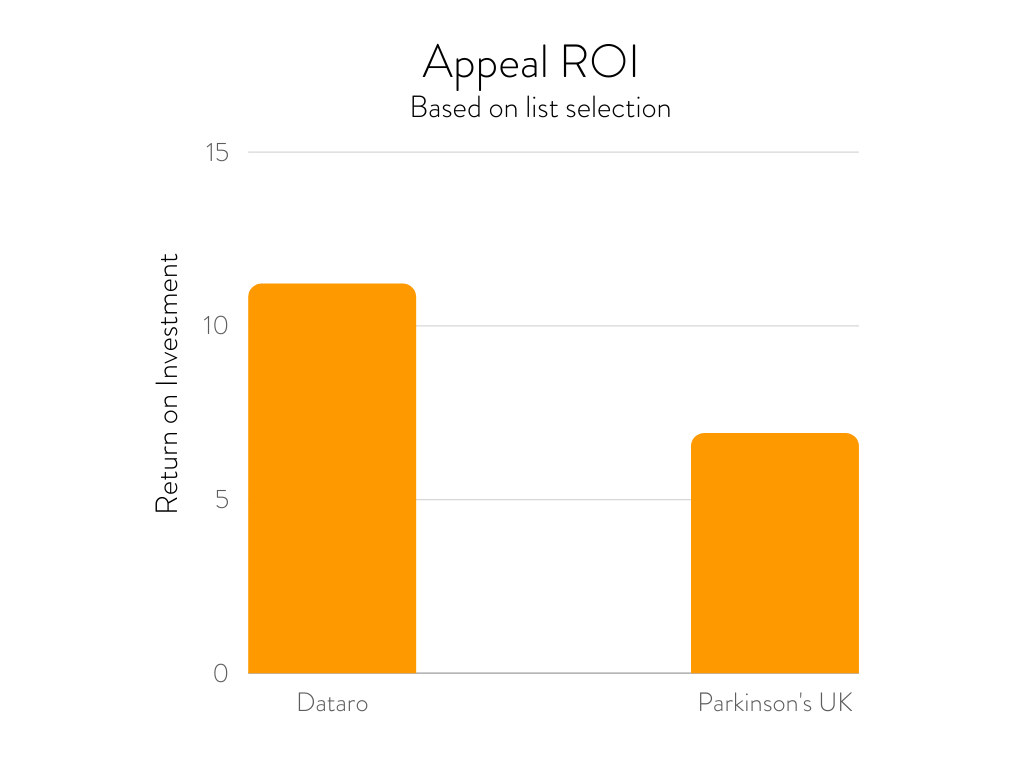 Could Dataro predict which supporters were more or less likely to give?

Dataro analysed Parkinson’s UK’s full history of appeal giving and used machine learning to generate predictive scores for each donor on a scale of 0 – 1. A donor with a score of 0.5 was predicted to be 50% likely to give to the direct mail appeal. The results showed Dataro accurately predicted response rates across every category. Dataro’s appeal list achieved a response rate of over 14%, compared to just under 9% for the traditional list selection. 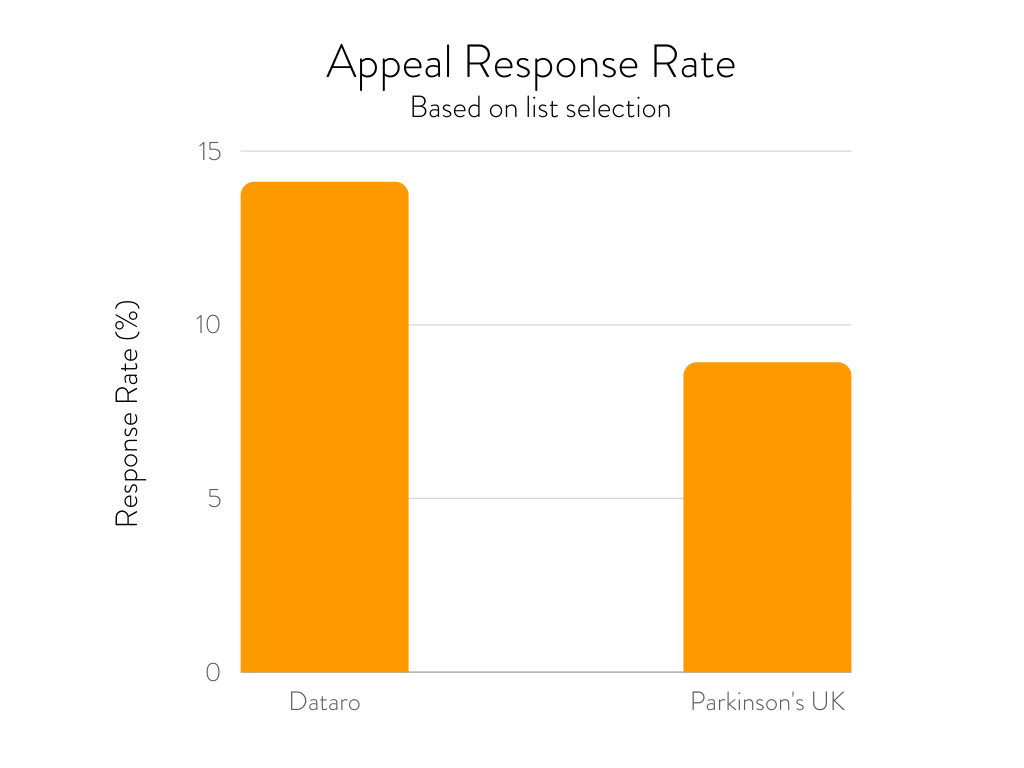 Using these predictive scores, Dataro arranged donors into ranks from the most likely to give through to the least likely to give. When we look at campaign performance based on these rankings, we can see that the donors Dataro predicted were the most likely to give did, in fact, give the most frequently. Donors with a low probability of giving gave very rarely. The Dataro selection resulted in a total gift count of over 2800 compared to fewer than 2500 without Dataro, despite sending a smaller list.

Could Parkinson’s UK improve its financial performance with Dataro

The end result showed a potential 23% increase in net revenue using Dataro’s selections. Critically, it showed the donors Dataro predicted were the most likely to give to the appeal actually contributed by far the majority of revenue. 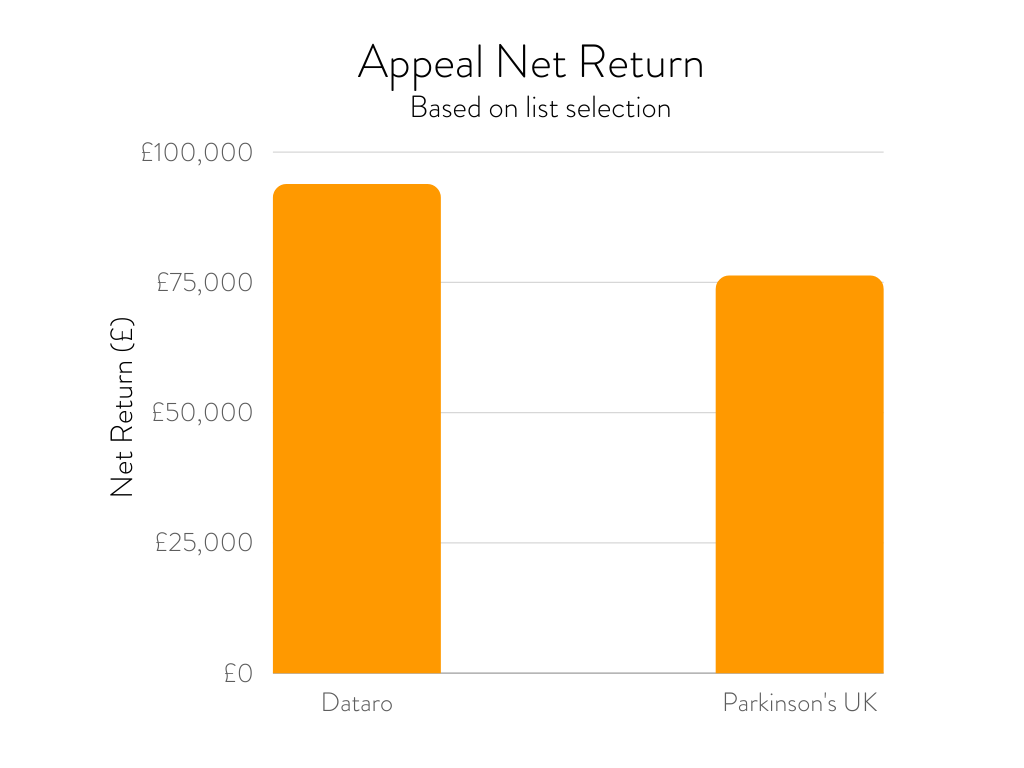 By testing Dataro’s machine learning selections against its own model and segments, Parkinson’s UK found a more effective way to identify likely donors and reliably raise more funds and increase ROI from direct mail appeals, while also keeping wasted mail to a minimum. That’s a big step towards more sustainable and effective fundraising!

“We were delighted with the results using Dataro’s AI software. Against the backdrop of the pandemic, we knew that we needed to take a new and innovative approach to our appeal selections so that we could continue funding our vital work in research and support. This new way of predicting which supporters are likely to give means we can generate more revenue for our organisation, and send appeals only to those supporters who may be interested in receiving them. We’re now rolling out this technology for all of our appeals.” 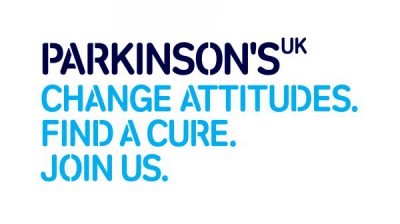